iPad Mini - Is it coming out next week ?

iPad Mini - Is it coming out next week ?

Like the iPhone 5 rumors are wide spread about the imminent release of the iPad mini, could it be as early as next week or are Apple just playing a bluff.

Its rumored that there are to be 12 versions of the new iPad, each in white and black so to us that would mean 8,16, 32 and 64GB models maybe and also the normal WIFI only 3G and 4G LTE versions. 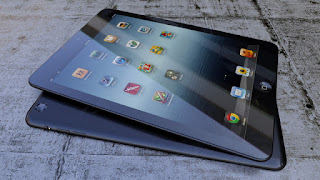 Whilst the price is still unknown and what plans and carriers they will  be available on, be sure to keep an eye out as they wont be to far away in my opinion.